The internet is an open service and proving to be one of the necessities of any human being. It’s used in almost everyone’s daily life, banking, schooling, research, hospitals, communications via messaging applications such as Facebook, WhatsApp, Messenger and many more. However, this so massive growth of internet usage has also come along with facts that seem uncontrollable and ones we cannot avoid.

In the long story of the internet, today I will show you a lot more scary stories and moments that proved so ridiculous on our eyes, yet it means a lot to those who sit high up in the internet world. Almost everyone in the world today uses Facebook either for business or as a communication tool and as well a means of buying off time in moments of boredom. Mark Zuckerberg has really been investing and as well earning a lot from Facebook ever since its creation. However, in 2011 and 2012, Facebook faced a stiff and rising competition from another piece of stunning software, a messaging application that left everyone amazed.

WhatsApp was really growing at a terrible rate within the mentioned years, and Zuckerberg must have realized that. The competition between WhatsApp and Facebook was growing and in 2014, Mark Zuckerberg came up with a final decision of buying the innovation to his side. It is globally noted that WhatsApp then was bought and registered under his assets after a payment worth $19 billion. However, there has been a continual tension rising and confusion relating WhatsApp and Facebook, Zuckerberg and Varun Pulyani.

This recently has seen many forwarded scam messages involving Varun Pulyani, regarding himself as director of WhatsApp which blew up massively over the globe. It happened again on WhatsApp towards midnight, on the 4th of July 2019. It’s not the first time such a fake message is forwarded over the internet; we have seen this circulating on Facebook a year ago, and now WhatsApp. However, somewhat it drew more tension when WhatsApp and Facebook plus Instagram went down for a while which in one way or the other confirm the content of the fake message. Many more people came up and forwarded the scam in fear of losing their accounts. But this isn’t so after Facebook, Instagram and WhatsApp came out officially and apologized about the breakdown. They however never confirmed the fake message circulating.

For any reason, everyone must ask him or herself about Varun Pulyani who is presently known to be behind the fake circulating message over WhatsApp. Yes, he may seem the director of WhatsApp as he states in his message, but for any good reason, Which director ever comes up and forward a message rather than using the official accounts of the cooperation such as WhatsApp Twitter handle, of course, everyone uses Twitter and they will know, as well CNN Breaking News perhaps does better. Doesn’t he seem a fake director just like his forwarded message?

Secrets behind the Fake message

You may be wondering why anyone, either Varun Pulyani or anybody else would be interested in sending such a fake message so as it may go viral. See, when I received that message that same night, it was quite nagging because I already knew WhatsApp was Mark’s asset. It went on to grow and at exactly 11 o’clock; I had received more than 14 messages of the same. That was really running up my throat.

However, on noticing just below the last texts, there was an attached link redirecting to Facebook. And it all claimed to be a link between your Facebook and WhatsApp. That was, of course, a Facebook page and quite a good makeup. I knew it; someone must have been up for something. Whoever sent this message must have been after driving more traffic in the form of likes and follows for his or her page. People do this many times, and I am so sure he must have been successful with his trick. I followed the link a day after to see which kind of page it must have been but it seemed like the page was deleted, either by the scammer himself or by Facebook.

That was that, however, it doesn’t rule out the fact that scammers and hackers most times use such a trick to trap those who know less about certain aspects of the internet. In one of my recent posts about how Facebook accounts are hacked and stolen, I showed you how such links can be terrible for you, some sort of phishing information from you.

Another secret behind forwarded messages over the internet, either through emails, messaging applications such as Facebook, WhatsApp of Telegram is simple, tracking and stealing users’ data. For any reason, how could the director of WhatsApp send out such a message, perhaps that doesn’t really seem official in any sort? Hackers and scammers use such means to plant Trojans in your devices such that they can steal your data.

In a technology built with python, it’s proved that a mere text can replicate and plant any viruses into your phones such as spy applications and tools that steal and give out your device data such, location, messages, credit card numbers, passwords, Bank accounts and much more information you can as well think about.

It is a simple trick; the Trojan works in a way that, once the message is forwarded 10 times or more, it activates the virus in your machine or any device you may be using. The process will go on as long as the message is received and forwarded to another person. Not everyone may know about this technique, and that’s why the message was viral that night and a lot of data must have been stolen from whoever forwarded the message to 10 or more people as the message shows.

         We must then be careful while on the internet. However much tempting it may be, forwarded content if not examined and so legit must not be treated as one, Delete it immediately it is received. Trojans can be planted in any form of media such as texts, photos, mp3 files, PDF documents and any other form of documents.

         I should mention that you must be sure about the person from whom you receive content, but as well we very well know that for someone to have your WhatsApp contact means you know him or her quite well so this may not specifically apply on WhatsApp, but it still does on Facebook. The best thing to do is being sure of all content, multimedia or any other file received over social platforms rather than the person who sends it to you.

         Be mindful of the links that are forwarded alongside such message you receive, I mentioned this and I will still mention it again in today’s article. Such links may be traps to phishing websites and you may fall, victim. Lastly, endeavor to install security applications for your devices more so for mobile phone and be sure to update it whenever necessary. Share this post to help anyone else that may not know of this and subscribe to our newsletters for any security tips while on the internet. 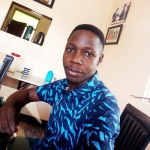 Nelson Nyombi is a writer, and author of the novel “The Curse At Standbirth.” A professionally trained Software engineer, passionate about technology. Nelson has spent the last six years reading and writing reviews, interviews in tech, and tech novels. He has been a lifelong writer and began his journey in 2013 winning a college writing contest. Nelson writes SEO articles, reviews and interviews for Ugtechmag.com, Axedsubtech.com and he makes his home in Uganda, Kampala.

Nelson Nyombi is a writer, and author of the novel “The Curse At Standbirth.” A professionally trained Software engineer, passionate about technology. Nelson has spent the last six years reading and writing reviews, interviews in tech, and tech novels. He has been a lifelong writer and began his journey in 2013 winning a college writing contest. Nelson writes SEO articles, reviews and interviews for Ugtechmag.com, Axedsubtech.com and he makes his home in Uganda, Kampala.